Semiconductors are the basic building blocks of the electronics industry. With rapid advancement, companies are constantly looking to design smaller and faster chips. However, the challenge remains in that the semiconductor industry faces a cyclical demand. There are constant booms and busts in demand for products, especially with personal gadgets like computers and mobile devices.

The upcoming session of the TUM Asia Speaker Series will answer those questions.

Who should attend?
Professionals in the semiconductor/electronics industries, academics, students who are studying in Electrical Engineering and related programmes as well the public who is interested in understanding the semiconductor industry.

Registration for the event is now closed.

If you would like to attend the session & have yet to register, please write to events@tum-asia.edu.sg.

4.00pm – “Internet of Things – A Golden Opportunity for the Semiconductor Industry” by Dr. Michael Bolt

4.30pm – “Challenges and Outlook of the Semiconductor Industry in the next 5 years” by Mr. Ulf Schneider

Professor Andreas Herkersdorf is a Full Professor and Chair of the Integrated Systems Laboratory at Munich University of Technology. He teaches graduate courses in digital integrated circuit design, the application of System on Chip technology in networking and communications, and Hardware/Software-Codesign.

He joined the IBM Zurich Research Laboratory as a PhD student in 1988. In 1991, he became a Research Staff Member in the Communications Systems department of the IBM Zurich and in 2000 manager of the network processor hardware group.

Prof. Herkersdorf was born in 1961 in Oberstdorf, Germany. He received the Dipl.-Ing. degree from Munich University of Technology in 1987 and the Dr. techn. degree from the ETH Zurich (Swiss Federal Institute of Technology), Switzerland, in 1991, both in electrical engineering. 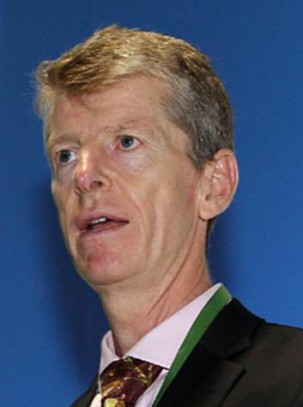 Michael is a Director and Research Lab Manager at NXP Semiconductors, with 25 years of experience in all aspects of semiconductor R&D and production. Michael, in his role as Research Lab manager, has set up many beneficial research and development collaboration projects in Singapore with local Research Institutes and Educational Institutes, in the areas of process technology and advanced system application field trials.

Michael has specialized in CMOS, BiCMOS, LDMOS process integration and process development. He has worked for NXP Semiconductors and Philips, in various process R&D roles in the Netherlands, France, Switzerland and for the last six years in Singapore. 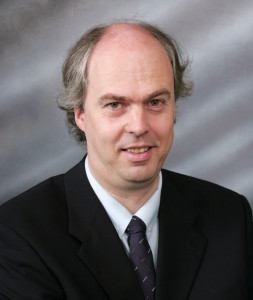 Mr. Ulf Schneider is the Managing Director of Lantiq Asia Pacific Pte Ltd in Singapore, a carve-out of the Broadband Communications business unit from Infineon Technologies, since November 2009.

Mr. Schneider has more than 20 years of experience in the semiconductor industry. Prior to this appointment, he has held different managing positions with Infineon Technologies and Siemens Semiconductors in Germany, India, China, Israel and Singapore.

Mr. Schneider holds a Masters degree in Computer Science and Electrical Engineering from RWTH Aachen in Germany. He is married to his wife, Nicole and has a daughter, Laila.