From the beginning, we have noted the importance of this course as many European companies have regional quarters in Asia & Singapore. There is the need for skilled manpower who are trained technically in the European system and yet have the execution know-how of Asia. 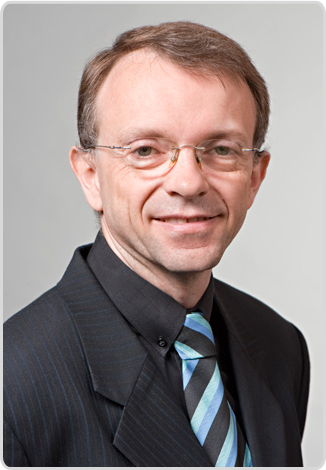 Prof. Kühn (b. 1965) has been a teaching professor at TUM Asia since the inception of the Master of Science in Industrial Chemistry programme in 2002. More recently, Prof Kühn was also invited to teach in the Bachelor of Science in Chemical Engineering programme, awarded by TUM in collaboration with Singapore Institute of Technology (SIT). Since 2008, he has been appointed to be a visiting professor at the National University of Singapore (NUS).

Prof Kühn’s main area of research is organometallic chemistry and catalysis. The aim of his work is to map the mechanistic behavior and the practical and industrial uses of efficient catalysts. The sustainability and environmental impact of the catalytic processes examined are of prime importance. His research also involves mapping, investigating and finding applications for organometallic networks and ionic liquids.

Prof. Kühn studied chemistry at TUM, obtaining his doctorate in 1994 and his lecturer qualification in 2000. A Feodor Lynen Research Fellowship from the Alexander von Humboldt Foundation enabled him to work under Prof. F. A. Cotton at Texas A & M University, USA (1995/96). In 2005, he became principal researcher (associate professor) of organometallic chemistry and catalysis at the Instituto Technologico e Nuclear (ITN) in Sacavém, Portugal. In 2006, he was appointed professor of molecular catalysis at TUM and representative of the Chair of Inorganic Chemistry. Prof. Kühn is spokesman of the TUM Graduate School in the Faculty of Chemistry, the international student advisor for the faculty and a member of the board of the International Graduate School of Science and Engineering (IGSSE). He is the author or co-author of around 230 scientific publications and has filed approximately 10 patents, Hirsch index 34 (July 2010).