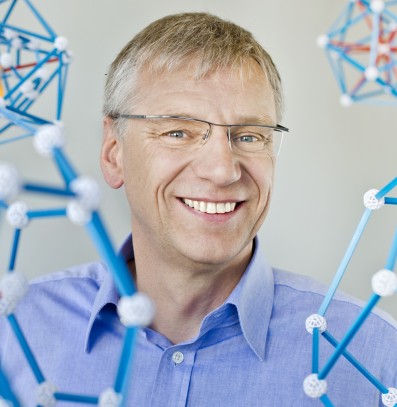 Professor Fässler (b. 1959) conducts research on the synthesis, characterization and theoretical description of materials on the basis of inorganic solid matter and molecular compounds. Based on the substance classes of the intermetallic compounds and Zintl phases with soluble Zintl ions his research examines new kinds of main group element-based materials during the transition from molecular compounds to solid matter. The material classes examined in this research have potential in fields such as energy storage materials, energy conversion materials, solar cells, superconductors, and catalysts.

Professor Fässler studied chemistry and mathematics at the University of Konstanz and received his doctorate in chemistry from the University of Heidelberg in 1988. After working as a research fellow at the University of Chicago he acquired his postdoctoral teaching qualification (habili­tation) in the field of inorganic chemistry at ETH Zurich in 1999. Before joining TUM as a full professor he held the Chair of Inorganic Chemistry and Solid State Chemistry at TU Darmstadt from 2000 to 2003. Since 2004 Professor Fässler has headed the Advanced Materials Science elite study program, was dean of studies between 2007 and 2010 and has been elected a member of the board of the Wöhler Association for Inorganic Chemistry of the German Society of Chemists (GDCh) and has been its chairman from 2010 to 2014.