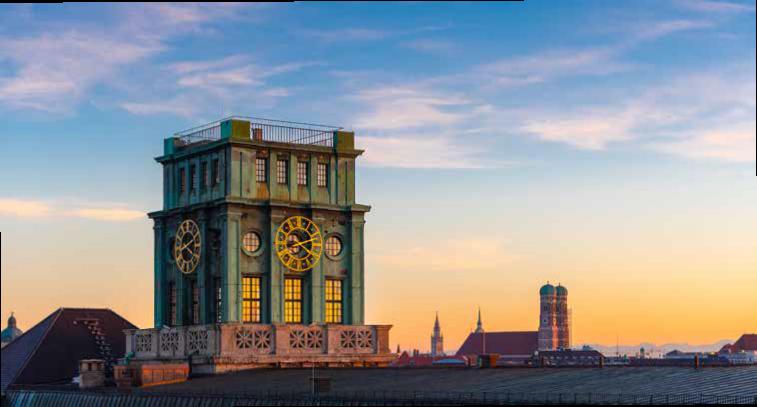 The Technical University of Munich (TUM) has secured the title “University of Excellence” for the
third time in succession. As announced today by Anja Karliczek, the Federal Minister for Education
and Research, the excellence strategy “TUM.THE ENTREPRENEURIAL UNIVERSITY – Innovation
by Talents, Excellence, and Responsibility” proved a winning formula. That makes TUM the only technical
university to place among the winners in every round since the inception of the federal and state-level
excellence competition in 2006.

“After securing this latest accomplishment, I will be pleased to hand over the office of president to my
successor, Thomas Hofmann, on October 1,” said President Wolfgang A. Herrmann, who has been in office
for 24 years. “Our far-reaching and consistent reform efforts over the past two decades have proved that
we were on the right track. We have set new standards in many areas, and are now positioned among the
leaders and ready for the future.” The President thanked the State of Bavaria for the ongoing support of
his university. With the prize money of 105 million euros for the 2019 – 2026 period, the TUM Agenda 2030
can now be implemented.

TUM Agenda 2030
The TUM Agenda 2030 is centered around the development of talent and competencies on all levels.
This is reflected in the realignment of engineering education to embrace the concept of human-centered
engineering (approx. 31 million euros), integrated into massive restructuring efforts in the humanities and
social sciences and the establishment of the interdisciplinary institutes for Technology Design, Data Science
and Life Long Learning. By re-anchoring the idea of “German engineering”, with its sterling reputation,
within the process of societal transformation, TUM is blazing a new trail in the German university landscape.
The Munich Center for Technology in Society (MCTS), established after the success in the 2012 Excellence
Initiative, will play a key role in that regard.

From the departmental structure to a school system
The new governance structures will bring about extensive substantive and organizational changes to
promote a stronger international presence and more interdisciplinary activity: The familiar 15 departments
will be replaced by seven schools that will widen TUM’s radius of action at the interfaces of the classical
disciplines. With the TUM Innovation Networks (16 million euros), research-driven thematic areas will be
established to place the focus of engineering and medical research on the big challenges facing society.
TUM’s successful medical activities (university hospital Klinikum rechts der Isar, German Heart Center) will
be positioned within a matrix structure encompassing the full range of fields covered by TUM, along with
medical research conducted outside academia.

Gain in international competency for the administration
The research administration functions at TUM are leaving behind their established procedures in favor
of a more customer-focused, digital and international approach, inspired by the dynamic developments
in scientific research at TUM and the university’s global networking. For this purpose, TUM will invest
approximately 9 million euros. Under the Maximilian Graf Montgelas Program, administrative personnel will
have the opportunity to gain international experience through postings abroad. TUM is also establishing
a university marketing function from the ground up – the first of its kind in German academia. It will also
integrate the existing national and international scientific communication activities (5 million euros)

Leading-edge research; promotion of careers and advancement of women
Leading-edge international research will be promoted with 4.5 million euros in funding for the existing, highly
successful TUM Institute for Advanced Study (TUM-IAS). Meanwhile, the new Angela Molitoris Program
will receive 10 million euros from the TUM budget to invest in the advancement of women (outstanding
students, academic staff and professors). Meanwhile, CareerDesign@TUM points the way forward for
German universities: This innovative career program will help to spot talent in mid-level academic functions
with the support of the Institute for Life Long Learning, which also addresses the needs of alumni in the
career world in the age of rapid digitalization and biologization of engineering sciences.

Internationalization via TUM.Global: Focus on Europe and Africa
Two decades after the successful creation of the Asian network (including TUM.Asia in Singapore, starting
in 2001), TUM is directing its attention to Europe (e.g. TUM.London) and is also mounting a concerted effort
to establish a presence on the African continent (TUM.Africa). The renowned Imperial College London will
play a key role in TUM’s European alliance structure from this time onward.

ONE MUNICH: networking strategy in the metropolitan region
The extraordinary academic and entrepreneurial environment in the European metropolitan region of
Munich is the basis for the thematic focus of the ONE MUNICH strategy. “Competition no longer takes
place between individual universities, but rather between locations and regions,” said future TUM President
Thomas Hofmann. “Munich can easily compete with Berlin or even regions like Boston and San Francisco.”
Munich’s two top universities, TUM and LMU, coordinate their regional alliance at the presidential level. The
alliance, which has been proving its worth in terms of research for years, is now being placed on a strategic
footing.

Comprehensive reform package, 2019 – 2026
To achieve its ambitious goals and generate beneficial effects for the entire German university system, TUM
will also make substantial investments with its own funds in TUM Agenda 2030, which will be the most farreaching
transformation process in its 150-year history. For the entire project, a total of over 270 million
euros is budgeted.

To read the full article, it was first published in our DIGEST newsletter (Sept 2019). View the e-newsletter here >>