Moving towards a carbon-free transport system

Singapore: Emerging out of the depths of COVID-19

The learning journey for the last two years was not easy. Yet for Teng Hooi, it was an exceptionally rewarding one. “It opens up several doors of opportunity for me, which enables me to explore various fields of study and deploy different disciplines to provide a sound solution,” Teng Hooi elaborated.

Traditionally, master’s students work on a thesis – a compendium of research devoted to a topic of interest – as a rite of passage into the completion of their learning journey. While most students work with their professors from school on their thesis, Teng Hooi had the fortuitous opportunity to expand his horizons working with Professor Henrik Hesse from University of Glasgow, Singapore, on his topic of interest: 3D scanning of building interiors using drones.

Determining the measurements of large structures such as buildings, is one of the formative steps in doing any construction work, be it restoration, documentation, or archeological study. While measuring every nook and cranny itself can be a laborious task, technology has enabled this essential piece of work to be almost an effortless one through the deployment of 3D scanning with robots. One of the more common types of 3D scanning techniques involves Light Detection and Ranging (LIDAR) – using pulsed laser to measure ranges to the surrounding objects. A 3D representation of the environment can then be constructed and stored in the form of point clouds.

“This technology is relatively new yet crucial as it enables 3D mapping to be carried out accurately by autonomous robots,” Teng Hooi added.

Finding opportunities in the midst of crisis

In retrospect, his final thesis was different from how he envisioned it. Teng Hooi initially wanted to use drones to perform 3D simultaneous localisation and mapping, but the pandemic has put that plan to a halt. This change in plan ultimately worked to his favour, as it offered him a window of opportunity to delve deeply into other fields of study.

“We used simulations instead to perform 3D simultaneous localisation and mapping. As the world evolves to an increasingly complex and interconnected one, what we learn in Aerospace Engineering and Computer Science, can also be applied across Robotics,” explained Teng Hooi.

With Industry 4.0 upon us, it brought Internet of Things (IoT), big data, and digitisation into various spheres of our lives. Measurements of indoor environments could be done even smarter by deploying autonomous robots to perform such tasks. Teng Hooi’s findings had straddled some of the latest technological advances, which can improve the way 3D simultaneous localisation and mapping is performed.

And his hard work certainly paid off; his extensive research in his thesis helped lay the essential groundwork for his paper on indoor 3D simultaneous localisation and mapping, which has been accepted for the 2021 7th International Conference on Control, Automation and Robotics.

In Teng Hooi’s research, he evaluated the performance of state-of-the-art LiDAR-based approaches for 3D simultaneous localisation and mapping (SLAM) in indoor environments, with the aim of developing methods for real-time 3D scanning of building interiors. A simulation framework using ROS and Gazebo has been implemented to compare different methods based on LiDAR odometry and mapping. The featureless environments typically found in interiors of commercial and industrial buildings pose significant challenges for LiDAR-based SLAM frameworks, resulting in drift or breakdown of the processes.

The results from this paper provide performance criteria for indoor SLAM applications, comparing different room topologies and levels of clutter. The modular nature of the simulation environment provides a framework for future SLAM development and benchmarking specific to indoor environments. 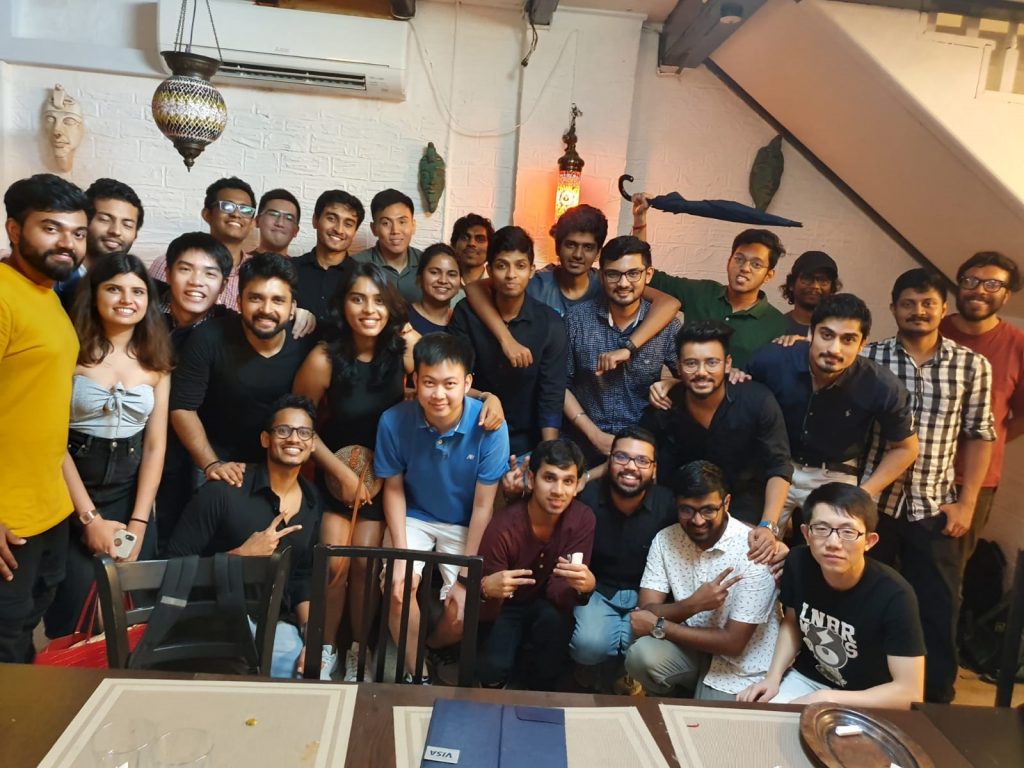 A launchpad to greater success

Co-sponsored by IEEE Robotics and Automation Society and to be held in April 2021, the 2021 7th International Conference on Control, Automation and Robotics would be convening some international experts in the field of Robotics and automation for technical communications to present the latest findings and technological breakthroughs through presentations and online discussion. Teng Hooi would also be presenting his then. To him, the opportunity to present his own hard work is as good as success itself. It is a mark of the dawn of his career, serving as a launchpad to propel his career forward. It would enable him to connect with like-minded experts from other parts of the world too. More importantly, his research would ultimately benefit others in the field of Robotics.

With such dedication from Teng Hooi, we would be sure to hear more insights from him that would no doubt leave an indelible mark in the field.