The European Commission has formulated long term targets for aviation in it`s “Flightpath 2050”. These challenging targets aim for drastic reductions in CO2, NOx and noise as well as the demand to enable door to door travels within 4 hours inside Europe for at least 80% of the travels. Enabling innovations and concepts for some of those targets shall be presented within this lecture, such as novel propulsion and energy concepts as well as radical approaches to re-allocate air traffic closer to the city centres again. 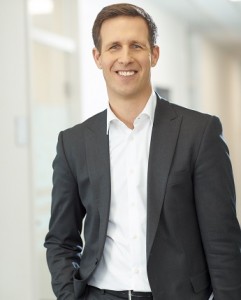 Prof. Dr.-Ing. Mirko Hornung has been Executive Director Research and Technology at Bauhaus Luftfahrt since January 2010. At the same time he was promoted to Professor of the Institute of Aircraft Design at the Technical University of Munich. From 2003 to 2009 he held several executive positions at the Military Air Systems branch of EADS Deutschland GmbH. Most recently, he worked as Senior Manager System Concept Design.

In January 2003, after a five-year experience as a researcher at the Institute for Aeronautics at the University of the German Federal Armed Forces in Munich, Mirko Hornung received his PhD on the »Design of an Airbreathing Upper Stage and Overall Optimisation of a Trans-Atmospheric Space Transportation System« with honours. Mirko Hornung holds further relevant positions in the aeronautical research sector (a.o.): Since September 2013 Mirko Hornung has been member of the Transport Advisory Group of the European Commission. Since January 2012 he has been a member of the Presidium of the “German Society for Aeronautics and Astronautics e.V. (DGLR)”. He has been also founding member of the “Aviation Initiative for Renewable Energy in Germany e.V. (aireg)” since June 2011. Since July 2010 he has been member of the General Assembly and member of the “Ludwig Bölkow Campus” Coordinating Council of Munich Aerospace e.V.